At some point, most of us tend to grow out of playing single-player games and move on to more social forms of entertainment. This is interesting, because it is sort of like going back to when we were really little, when we would play “Treasure Hunt” in the sandbox, or “King of the Mountain” on the tire playground. If you are a Kik Messenger user, we are going to introduce you to the 10 best Kik games that can spice up your socializing, and help you meet new friends (and possibly friends with benefits!).

Kik is much more than just a texting and communication tool. They now offer hundreds of third-party games, just like your app store. Many of these are tried and true old-school classics with new twists, such as Squared, which is sort of like Tetris meets a jigsaw puzzle (and it’s quite a brain workout!). However, most users tend to prefer games that combine socializing and fun, which are what we will focus on in this article. If you are ready to get meet new people in exciting and provocative new ways, read on.

The Best 10 Games On Kik Messenger

Every age has its storytelling form, and video gaming is a huge part of our culture. You can ignore or embrace video games and imbue them with the best artistic quality. People are enthralled with video games in the same way as other people love the cinema or theatre.- Andy Serkis

Just imagine, you are on your way to work or school, or standing in line at the grocery store, and you are BORED. What are you going to do, text your mom? Why not join in on or start a conversation with fun loving people like yourself? Furthermore, add some spice to the proceedings by learning about each other through fun social games that are revealing and exciting. We are going to take a look at our ten favorite ways to pass the time on Kik in the next section.

I am a writer, so I know how exciting it can be to get a great idea and run with it. On the flip side, I also know how frustrating it can be to find a beginning, middle, and end to the story. To play a game of Story Teller on Kik, your or someone else will start at the beginning. Out of ideas? Just go with the classic, “It was a dark and stormy night…”. Then, another person will have to come up with the next sentence. This goes on for as long as you want, each person telling a fragment of the story with the next in line having to  build of the previous sentence. With so many imaginations in play, things can get quite crazy. It’s kind of like a game of telephone (that you’re playing on your phone… that makes my brain hurt.), except that no one should forget what the beginning was since it is all saved on Kik. Get your storytelling muscles moving and start a game of Story Builder today, who knows where it will take you.

2. What Would Happen If?

Shower thoughts, daydreams, inebriated ramblings… wherever you get those inquisitive moments that make you say, “hmmm?”,  they can now be experienced with friends. Simply send out a question starting with, “What would happen if…” to as many people as you would like, and you are bound to get some very interesting replies. The weirder and more offbeat the better, as imagination breeds imagination. Playing What Would Happen If is also a good way to meet new people over Kik, as it will reveal the inner-you and attract a lot of responses.

You should think of quirky questions that don’t have simple yes or no answers. Here are some off the top of my head, feel free to steal them.

Okay, as you can see I am not very imaginative right now. You get the picture though. Ask open-ended questions that make people think, and you are sure to get a lot of interested answers.

I will not reveal my personal answers about the three gentlemen above, but hopefully it illustrates what Kiss, Marry, Kill is all about. Find three pictures of celebrities (or random people, but be careful about posting friends. We don’t want to hurt feelings here.), and send them to your pals to decide which one they would kiss, which one they would marry, and which one they would kill. This game is sure to spark debate and is a ton of fun. However, if you start the game make sure to lay down the rules. Anyone that replies, “Marry, marry, marry” is boring and not playing along. This game is very popular, so you can simply search for Kiss, Marry, Kill online and you will find a bunch of images of three celebrities grouped together.

Want to get to know someone really well? Create a list of 20 questions, and turn it into a game. This is another popular one that can be both fun and revealing. You can start a game of 20 Questions yourself or find someone else that has their own list, and join in. The better the list, the more people you will probably find that will want to play. I suggest coming up with more interesting questions than, “What is your birthday?”, or “Do you have any siblings?”. Try coming up with more personal, but fun questions like:

5. Never Have I Ever

We have all played this game in person, and it carries over amazingly well to the digital realm. Actually, many people will be even more truthful when they are behind a screen. Never Have I Ever is a classic game of bravery, deception, and nervous laughter. Now, you can do it all on Kik, all day long if you feel like it. You can even turn on voice messaging and make a drinking game out of it (which, lets be honest, is the only way to do it).

This might be the most frustrating game on earth for us aging individuals. Still, it can be a lot of fun to decipher a string of letters that are missing one too many vowels to make any sense. With Abbreviations, you simply text back and forth in internet-slang only, and see if you can make heads or tails of what is being said. Only up-to-the-minute web savvy people need apply, so no newbs.

This is probably the most old-school game on this list, and if you were born in the 2000’s, you may not even know who Kevin Bacon is! We don’t hold it against you though. The way it works is this: throughout time, any actor from any film that you can think of can be traced to Kevin Bacon through, at most, seven degrees. For instance, Robert DeNiro was in The Untouchables with Kevin Costner, who was in JFK with Bacon. Therefore, DeNiro is two-degrees removed from Kevin Bacon. The premise being that you can trace Kevin Bacon to any actor through under six degrees. Here’s one, Channing Tatum has a “Bacon number” of two degrees, can you figure out how? (Hint: Jennifer Lawrence). Get ready to whip out your pop culture knowledge for this game.

Let’s face it, we all love lists. The internet is on to us, which is why sites like the one you are reading right now are so popular. You can join in on the fun by starting a List Builder game. In this competitive online pastime, players must name things that belong to a certain genre. Depending on what you pick, you might find that you suddenly draw a blank on one more thing that falls under the category of “movie theater candy”, or “people who’s names start with the letter V”. 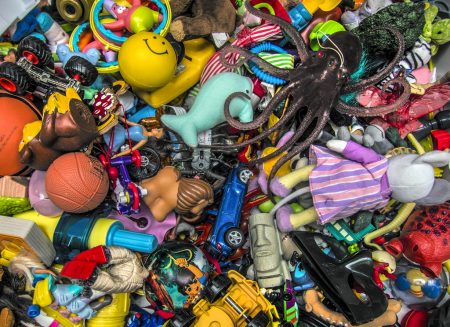 We all remember the classic I Spy books. Well, who says we need to grow out of certain things? You can gather some friends and add an extra challenge to the old-school version by making them literally blind to what you are looking at. Instead of saying, “I spy something that is red”, you would give the hint with the first letter of what it is you are looking at (along with your general location, to make the answers at least somewhat possible to guess). Get ready for some fun and frustrating gaming!

You know that you and your friends are movie buffs if you can hold full conversations with nothing but quotes from your favorite films. Why not turn this fun into a game with your friends on Kik? It’s easy. Simply state that you are starting the game, and start your quoting frenzy. You can make it harder by deciding to only quote from one film, or from a handful of actors. The geek in me loves this game, and I’m sure that you will too.

There you have it folks, our the ten best Kik games that we can think of. These are the ones that we play the most, and ones that generally attract many willing participants. If you are new to Kik, make sure to check out how Kik works and how to send video messages, to make the games more fun.