There is no doubt that the Kik Messaging app is very popular, particularly among teenagers. There are, however, many other popular instant messaging apps around. What may surprise you is that there are at least 10 such apps that are actually more popular than Kik Messenger.

What we mean when we say “more popular” is that they have a higher number of total users. Of course, we are looking at those instant messaging apps with an international outlook. Some of these chatting apps are more hugely popular in one or several countries but could possibly be virtually unknown in many other countries. 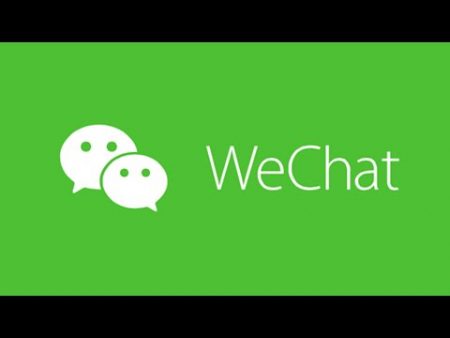 This one is the most popular instant messaging app in the world. No wonder since it is from China. It is not just available in China but in around 200 countries worldwide, also. In fact, the app boasts that more than 100 million people use WeChat outside of China.

Although Kik Messenger now offers this service, WeChat was the pioneering app in offering its users the chance to use QR codes for scanning. This feature allows users to add one and another or authenticate their accounts just with a quick scan with the camera or mobile device camera.

One of the best things about WeChat is that you can chat using a web browser from any computer, just by scanning the relevant QR code. This gives WeChat great flexibility as you can use it both on your smart phone or any computer. When we say “any computer” we really do mean “any computer” as you will not need to download anything to access your WeChat account and chat to any any of your friends from any computer.

This instant messaging app is hugely popular in over 100 countries. The app can boast over 590 million users around the world.

The countries where WhatsApp is most popular are the following:

It is estimated, for example, that as much as 95% of all smart phones in Spain have WhatsApp installed.

Similarly to WeChat it is also now possible to chat on WhatsApp from a computer without the need for any additional downloads. Exactly like WeChat users, WhatsApp users can also send and receive instant messages on their computers by scanning a QR code. 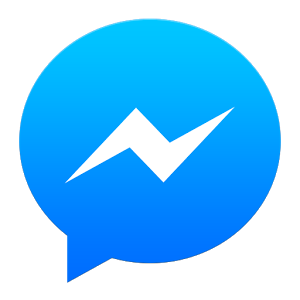 Linked to the most popular social media site around the world, it is little wonder that Facebook ranks so high. Facebook Messenger is particularly popular in the United States, from where it originates.

As we will see in this article, some of these instant-messaging apps originate from Asia. In this case, Line originates from Japan. Despite of its Japanese origin, most of Line subscribers (round 80% of them) are actually located in other countries other than Japan. Line is available in around 193 countries around the world.

The countries where Line is the most popular are the following:

One of the great things about this app is that it is not just an app for your smart phone or mobile device. Line is also available to download and use for your computer (both Windows PC and Mac computers).

This messaging app comes from Israel and it has 200 million users.

In many ways Viber is very similar to Skype (we will talk about Skype a little bit later on in this article). Viber is widely available across operating systems and uses your telephone number to create your profile in a similar vein to another popular messaging app, WhatsApp.

Snapchat is one of the most original apps of its kind around because it is not a straightforward instant messaging app. Instead, Snapchat allows its more than 100 million users around the world to send photos or extremely short video to one another, knowing that said photos and video messages will be automatically destroyed within 10 seconds of being sent, whether they have been seen or not.

This instant messaging app also comes from Asia. In this case, it is South Korea where this one originates. This chat app is so popular in South Korean that is estimated that about 90% of all smart phones in that country have Kakao Talk installed.

Kakao Talk is a prime example of an app that it is incredibly popular app (again, think about figure: 90% of all smart phones in South Korea) that is, at the same time, virtually unknown anywhere else. We have seen how some of the other messaging apps are popular in specific countries or world regions but Kakao Talk is the best example on one such app that is only popular in one country.

Unfortunately, ChatOn ceased operating back in 2015. But, before then ChatOn was very popular. This app was created by Samsung and, for a few years, all Samsung smart phones came with ChatOn pre-installed and ready to be used.

Despite the fact that millions of people use Samsung smart phones, the South Korean company made the decision to discontinue their own messaging app.

We have still decided to include ChatOn on this list for several different reasons. The main reason has to do with the need to make a point about how popularity does not necessarily mean or indicate that an app is going to endure. In a matter of years ChatOn when from one of the most used instant messaging apps to become a thing of the past.

This messaging app also originates from Asia. In this case, QQ comes from China. There are more that 820 million QQ users.

There are essentially two versions for this instant messaging app has two versions: one for China and one for overseas markets. That is why the app is available in several different languages, including the following:

The international version of QQ, known as QQ International is available for Windows Phone, Android, and iOS devices.

QQ also has a web-based version so users can chat to their friends using a computer instead of a smart phone or a smart mobile device. QQ is also linked to a social network, known as Qzone.

“I can go all over the world with Skype.”- Ram Dass

A lot of people think of Skype as a service they use to make free “phone calls” over the Internet. But Skype is a lot more than that. Skype can also be used as an instant messaging app.

Not only can you chat to other Skype users on cam or call them with audio. You can also, if you so choose, exchange instant text messages. Skype is possibly one of the most comprehensive apps in terms of all the different free features it offers its users, whether they use in as an app on the smart phone or mobile device or on your computer. Another advantage of Skype is that you can also use it even with friends who do not have Skype themselves. You could call people on their cell phone (even if it is not a smart phone) or home phone from Skype, at no additional cost. So even in the unlike event that you would like to chat to someone who is not among the 70 million users Skype has around the world, you still could as long as you knew their telephone number.

There are many other popular instant messaging apps that can boast millions of users around the world. Also, as we saw with the case of ChatOn, what is now a very popular instant chat app could decline in popularity or even be discontinued in the future. Quantity is not necessarily synonymous with quality so being the most popular does not mean an app is the best. You will have noticed that some of these top ten apps originate in very populous countries such as China or the United States, so it is no wonder that they have so many natural users. Do you use any of these messaging sites? If you do, and would like to share your experience, please leave a message in the comment section below.