Where young people go, the young behavior will follow. If you’ve been watching the online dating scene over the past several years, you’ll know that this isn’t necessarily a bad thing. Online interaction has provided some very genuine, human connections for people, and we shouldn’t expect anything less from freshly forged relationships made on the Kik Messenger platform. However, just like a good dance, there are certain steps that you need to know, to make sure that you’re putting your feet in the right places rather than in your mouth. If you plan on dating on Kik Messenger, we have tips, tricks, and best practices that you can use to keep yourself safe and happy.

Without any doubt, 2016 was “the year of chat.” We don’t yet know what 2017 will shape up to be, but we can be absolutely certain that the residual effects of such a chat-focused culture aren’t going anywhere. Kik finished out the past year at the top of its game, and we should expect it to continue growing, evolving, and incorporating new features that its predominantly young userbase find valuable.

However, we’re not here to predict what’s going to happen to Kik. Today, we’re here to talk about the best ways to use Kik right now. Especially if you’re in any way searching for romance. Therefore, listen up, those of you young and young-at-heart! There are some things that you need to know before you start seeking out relationships.

Now, let’s get a couple of things out of the way before we get into the thick of it.

Online dating (noun)- looking for a romantic partner over the Internet

In truth, dating on Kik isn’t that much different than dating on any other major chat platform. It does, however, come with its own set of stipulations based on how it works, and the age groups that generally use it.

While it might be obvious to some, let’s spell it out clearly–Kik is a chat app that’s used by young people, predominantly. Friends use it plenty, but people also use it as a way to regularly chat with people they’ve met online, but never face-to-face. It might seem like it doesn’t need to be said, but your own safety is paramount when it comes to using online chat apps, especially with people that don’t have your absolute trust.

How Does It Work?

Kik is simple in concept, which is what attracts people to the platform. It also allows people to assume a veil of anonymity since you don’t have to use your phone number to register for a Kik account. All that you need is a unique username and an email address by which to register and activate it.

You might be wondering, then, how people tend to meet on Kik. The reality is that they often don’t. People who meet through other avenues online often share Kik usernames so that they can more easily keep in touch through the popular chat application. Therefore, don’t sign up for Kik hoping to automatically get into a hidden dating scene; it’s merely a tool that people use once they’ve already met someone.

It is, however, a mighty handy tool. 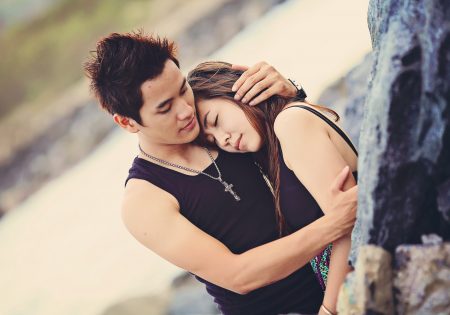 Here’s a brief list of things that you can do to have more fun while using Kik to chat with a potential date.

Above all other things, protect yourself. Dedicated dating chat applications install parameters, checks, and guidelines that help to keep their users safe, but Kik doesn’t do as much of this. Why? Because it’s not a designated dating app, regardless of how many people might treat it like one.

Therefore, hold onto your personal information until you’re absolutely sure that a chat recipient is trustworthy enough to have it. Among the worst results of online dating is realizing that you’ve given away compromising information about yourself to a third-party that shouldn’t have it.

Want to make a good impression on Kik? Be yourself. Additionally, make sure that “yourself” involves taking the high road in almost any sort of controversial chat topic that comes up. It’s classy, it’s polite, and it’s a good way to make a strong showing to someone who might just be getting to know you for the first time.

“Taking the high road” means avoiding the cheap shots in favor of the smart choice. Avoid name-calling and trash-talking. Be above those sorts of things, whether you’re a guy or a girl.

Getting hotheaded and fiery looks good in the movies. Hell, it even looks good in reality, under the right circumstances. The wrong circumstances are almost always in online chat rooms, where you can’t control the way that other people perceive your tone.

And let me tell you–it’s hard to mistake “cool and laid back” for anything else. Getting overly excited, angry, feisty, or otherwise excitable is easily mistaken, especially if your chat recipient doesn’t know you well.

Best bet? Stick to cool, until you and the person in question have a chance to feel out each other’s personalities.

We’ve covered the things you should do, and now here’s a list of things to stray from. Some will make you better at online dating, while others will simply help to keep you safe.

Play Loose With Your Information

Online dating can be exciting no matter what sort of chat platform or dating app you’re using, but no matter how much fun you’re having, you should never give away your personal information without a very good reason to. Meeting someone on Kik–or chatting on Kik with someone you’ve met elsewhere online–isn’t a good enough reason to yield your phone number or home address.

Instead, don’t be afraid to let conversations play out for a while. Usually, if anyone you’re speaking with seems fishy, it will show up in the first week or so.

Give the Benefit of the Doubt

As stated above, it’s hard to draw a firm line in the sand that will dictate what you should always do, or never do. Looking at things subjectively is important, but we have a pretty good idea of things that fall under that relative list of “don’ts.” Things that you should check yourself on, before ever doing them.

Things to do? Check. Things not to do? Double-check. However, the above advice is all relatively subjective to your own experience. We’ll close out this article by listing some things that nobody should ever do. Tragically, being on a chat platform predominantly occupied by young people makes it all the more likely that irresponsible things could happen, so always check your own behavior (and others’!) before doing anything foolish.

Give Away Others’ Information

Maybe this is a no-brainer, but it’s worth mentioning anyway, due to the severity of the action. Occasionally, tempers run hot between people who disagree. As you might imagine, this can happen frequently in online dating situations, especially in chat apps. Double-time that “especially” when the people involved are of a younger mindset.

Whether you know that your temper tends to flare or if you’re talking to someone with a hot attitude, know that one of the worst things that you can do is violate someone else’s sense of safety by making their private information public.

Another thing that goes without saying, but bears mention whenever we’re talking about online dating while using chat apps. Often referred to as “catfishing,” the use of a fabricated identity in the pursuit of meeting new people–especially dates–is one of the most dishonest things that you can pull.

Not only does it set up your chat recipient for resentment, anger, and a host of other negative feelings, it does you absolutely nothing in the dating game. In fact, it can often lead to illegality and other more affecting issues. As we discussed above, in the “do’s,” just be yourself!

Of course, there’s more that we could offer about “what to do,” “what not to do,” and “what never to do,” but without speaking more specifically to certain demographics and age groups, these nuggets of advice shall suffice. Follow the above as well as you can, and you’ll find yourself having greater success when using Kik Messenger as part of your dating ritual.

Have further questions about how to date on Kik, or about neat features of this popular chat app? Hit us up in the comments, below!