One of the main reasons why many people join the Kik Messenger app is, without a doubt, to meet new people and make new friends. In this day and age, perhaps because most people’s lives are a lot busier than ever before and most of us move at a faster pace, heading over online outlets to meet new people is far from an unusual. Those seeking to date can usually find what they are after on web sites and apps (applications) specialized in online dating. However, those who would refer to make new friends (whether are not also potentially seeking dating) may do better to use social media outlets or even Instant messaging platforms such as Kik Messenger.

How to Chat to New People on Kik

One of the main highlights of the Kik Messenger app is the ability to meet new people. Although it is quite possible to chat with people that you already know, mostly if you use the address book match feature, you can also easily chat to new people.

The Kik Messenger app is hugely popular among US teenagers but it has also millions of different users from any age around the world. This makes the Kik Messenger app one of the most fun and easiest ways of making new friends online. The problem many people find when they first sign up to the Kik Messenger app is that they do not really know how to tap into the huge potential the instant messaging platform seems to promise them. There is nothing more frustrating that to launch the Kik Messenger app for the first time only to find out that your chat lists are empty. It could be very tempting to just leave the app and even delete it.

But, if you find yourself in that situation right now, or perhaps you have already chatted to a handful of people on the Kik Messenger app but would like to expand your horizons, look no further. In this section we will show you everything you will need to now in order to chat to new people on Kik. At this point, you are very close to make many new friends.

So, how does one go about finding new people to chat with? There are many different ways of doing this, of course, but some are more effective that others. 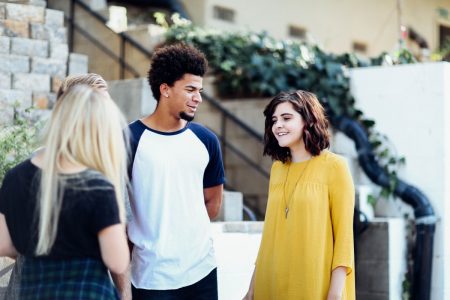 Some people are just tempted to enter more or less random user names on the Kik search bar. The Kik search bar uses what is called as predicting text so even if you just enter part of a user name, you will get all the user names containing it. This is a very simple way of chatting to random people; you can find dozens or even hundreds of other Kik Messenger users following this method. However, as you probably realize, this is far from being the most effective way of meeting new people on the Kik Messenger app. For one thing, there is no way of knowing if the people you chat with would even have an active profile anymore. You may be setting yourself up for disappointment if you are just chatting to random people. It is quite possible to find dozens of people who, for one reason or another, even though they have a Kik Messenger account may not be currently using it. Likewise, it could also happen that the people you find through this method end up having absolutely nothing in common with you. So, although you never really do know, this is not a method we would recommend, particularly.

The key to finding new people to chat with on Kik social media is something as simple as using the appropriate hash tags. The first thing you will have to decide, even before you can choose the hash tags to use, is whether you would want to chat to new people on a one to one basis or as part of a group.

If you just want to chat to people on a one to one basis simply use one or several of the following hash tags depending of the kind of people you would like to chat with:

If you want to host a Kik party (i.e., a Kik group chat with a theme), then use #Kikparty and the relevant hash tag or hash tags for the theme you have chosen.

Regardless of the amount of people you would like to chat with, you would need to decide whether to vet anybody who responds (for instance, by chatting with them first on social media) or simply include your user name in your tweets or posts (some people even go as far as including their Kik user name as part of their social media profile) or, even more effectively, including your Kik code (or the Kik code for your group chat or Kik party) in your tweets or posts.

Of course, you could also search the hash tags yourself and simply respond to other users’ calls for new people. The best way is to probably combine both making your own posts or tweets and responding to other people’s. However, when you are responding to other people’s calls you should be careful to check the date and even the time when the call was originally made. If you find a Kik party tweet that was sent out several hours ago (never mind, several days ago), you should probably not follow up on it as it is very likely that group is no longer active.

Whether you meet new people randomly or are able to find new people to chat with from social media, there are a few things you would need to take into account. Your safety should always come first when talking to strangers.

Although many people may not realize this at first, not everyone you chat to on the Kik Messenger app is necessarily a person. Unfortunately, international hackers create phishing bots to commit Internet fraud. It can be quite hard to distinguish bots from people but there are some signs that would indicate if you are talking to an evil bot. You may notice that the English they use sounds rather unnatural but, mostly, although there will be an attempt at sounding friendly, at some point they will Most probably ask you about your finances. Often, though, they are subtler than that and keep the conversation about personal matters. What is almost guaranteed is that at some point they will send you a third party link. Do not ever click on a third party link sent to you by stranger. This is one of the clearest ways to know that you are chatting to someone or something That is trying to get a hold of personal financial information.

If you think you are talking to a person you still need to be very cautious when it comes to revealing too much you for those Close to you. So you should never reveal your full name or the full name of anybody in your Family. You should never reveal your address or where you work or go to school. If you want to verify that you were chatting to someone who is who they claim to be you can always ask them to use Kik video chat if you are comfortable with this.

Finding friends on Kik is easy Can be a lot of fun as long as you stay safe. If you have any feedback or advice for our readers, please leave a message in the comment section below!