Let’s say you are completely new to the Kik Messenger app, you would like to chat to new people but you do not know how. Let’s now say that you have used the Kik Messenger app and already talk to many different people but, for whatever reason, have just decided that you would like to expand your horizons and chat to more people. If you find yourself in either one of those two situations the best thing you could do is to use Kikme.

Of course, when chatting to people online that you have never met in real life, you should observe certain precautions. We will go over this in this article but we will mainly focus on what Kikme is and how to use it in order to chat to as many cool people as possible. 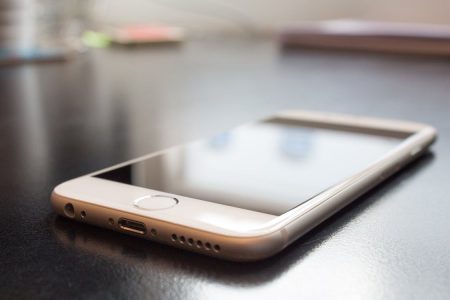 “The sea speaks a language polite people never repeat. It is a colossal scavenger slang and has no respect.”- Carl Sandburg

So let’s begin with what “Kikme” is. If you already know exactly what “Kikme” is, you might as well skip over this section and go straight to the next one in this article. If you are not too sure, however, read on and we will explain it in as much detail as possible.

Like any successful Internet phenomenon, the Kik Messenger app has its own slang. Kik Messenger slang is the language that seasoned users speak when they are referring to the app, its features or anything that surrounds it. This slang can be a bit off-putting or even confusing if you have never used the app before.

We will not go into the whole list of words that make up Kik slang here as we have already addressed that elsewhere on this web site. We will, however, explain what “Kikme” means. Once you realize that Kik is now also very often used as a verb by many Kik users, the mean of “Kikme” because rather self-evident.

It is very common for nouns to become verbs. Think of Google, which is not only the name of an extremely successful search engine (among other things) and, therefore, a noun, but also it is used as a verb very often. Many people now say that they are going to “google” something when they mean they are going to search for something online.

So, following the same logic, many Kik Messenger users use the word “kik” as a synonym or, rather, a short hand for talking to someone on the instant messenger app. So, if someone were ever to say to you “kikme” (or “kik me”) what he or she would be effectively doing would be asking you to talk to them on the Kik Messenger app.

Some other common Kik slang is:

How Do You Use Kikme?

Now that you know what kikme is (or, rather, what it is) you may be wondering how it is use. Or, in other words, how you could get people to ask you to “kikme” online.

One great thing about kikme is that it is not only for strangers. Even though that is how most people would use it, there is no need to just use it for people you do not know. You can chat with people you know on the Kik Messenger app if you prefer. The quickest way to do so would be to enable the address book matching feature on your Kik Messenger app. That way you will automatically put in touch with all your contacts who also use the Kik Messenger app, as long as they also have this nifty feature turned on.

If you would like to use Kikme with people you already know, simply approach them on social media (particularly Twitter, but also Tumblr, Facebook, and pretty much any other social media network available). All you will really need to do is to send them a message saying Kikme or Kik me. Of course, you would need to include your full Kik Messenger user name or your Kik code so they would know how to Kik you.

We would strongly recommend using a Kik code instead of your user name for several reasons. The main reason for this would be that you may easily mistype your user name (or, the person you are trying to get to Kik you may get it wrong and end up talking to someone else with a similar user name). This is because user names have to be used one-hundred percent accurately in order to work. The problem with this is that, of course, there are dozens if not hundreds of very similar user names on the Kik Messenger app so it is very easy to end up chatting to someone with a similar Kik user name to the one belonging to the person that you originally meant to be chatting with.

If, however, you use your unique Kik code, your intended recipient (i.e., the person that are trying to get you to kik you) will be directed to your profile, without any room for confusion and no typing involved. All you will need is to display your unique QR code on the message so that the other Kik Messenger user can scan it with their smart phone or the smart mobile device they use for the Kik Messenger app. You could be chatting to each other in a matter of seconds.

If you are feeling a little more adventurous and would like to use Kik me with strangers, doing so is almost just as easy.

The best way, at least in terms of effectiveness, is to head over to social media. You can post or twist a shout out asking for people to kik you. Depending of how open you are feeling, you can include your Kik user name or your Kik code (we would again suggest that you include the Kik code for the reasons stated above). If not, you could ask people to contact you first through social media before you provide them with your Kik QR code. This is really up to you. Of course, the quickest way is just to publicize your Kik QR code straight way but if you do so you would be opening yourself up to being targeted by almost anybody. However, you would be able to block any unwelcomed chat requests, so any risk to you is truly minimum.

So, if you want to go ahead and ask strangers on social media to Kik you, there are several effective ways to do so. One of them, if you are permanently open to this idea, would be to include your Kik Messenger user name and or Kik code on your social media profiles. The only problem with this is that many people who use social media do not often read other people’s profiles so they may miss out that you are advertising your Kik.

Another way that works, at least for a limited amount of time, is to post or tweet messages in which you are asking new people to Kik you. If you want people other that your friends or followers to see your tweet or posts, we would recommend using appropriate hash tags. One of the hash tags should definitely be #kikme but you should also use as many relevant and appropriate so that you would attract the right kind of attention. For example, if you are trying to get girls to kik you, you could use a hash tag like #kikgirls etc. Also consider adding your Kik user name and/or your Kik QR code on your tweet or post if you are comfortable with this.

You can also take a different approach to using social media with the Kik Messenger app and look for people who are looking to chat, instead. Search on social media, mostly by tapping on or clicking on the “kik me” hash tag.

Using “kik me” is really as easy as that. Now, for the precautions we mentioned earlier in the introduction, there are just a few common sense precautions that you should observe when using the Kik Messenger app or any other similar online tool whereby you communicate with people you do not know. They are not necessarily limited to kik me but are particularly relevant for it. For example, you should be extremely cautions not to reveal personal information about yourself (or anyone close to you that may end up revealing your own identity). This means being careful not to give out your full real name, or any clues about where you live, work, or study. Even the region or area where you live (or work, etc.) should be kept private. Also, there will be no need for you to reveal other contact details to strangers. After all, you guys can use the Kik Messenger app to communicate. So never give out your email address or telephone number. If someone insists in asking you this, you should get suspicious of them. If their insistence bothers you too much, you can always block them.

As you see, as long as you are reasonably cautious, Kik me is a great way of reaching out and chatting to new people. If you have used Kik me and would like to share your experience with our readers, please leave us a message in the comments section below.