Using one of the most popular instant messaging platforms in the worlds can have its downsides. Using the Kik Messenger app or any other popular similar service or product, or social media, can make you potential pray to Kik scammers.

Kik scammers are constantly looking for new ways to reach potential victims. Scammers look for the most vulnerable instant messaging or social media users. What makes anybody into a vulnerable potential victim is if they are not ready to be target or know how to act when they are approached by scammers. They may not even realize that they are being approached by scammers at all!

In this article, we will explain the ways I which you can spot scammers who used Kik, how do they act and what should you do when you come across them. Information is all that will protect your for falling prey to Kik scammers.

Who Can Be A Kik Scammer And How Could You Recognize Him/Her?

“I’m scammed almost every day. Or, if not scammed, at the very least someone tries to scam me. Usually more than once a day.”- James Altucher

The best thing to know about Kik scammers is that they can either be real people or just bots. In that, they are not any different to scammers who approach their victims on any other instant messaging apps or through social media.

Let’s start with the bots as they can be easier to detect and combat. Bots are automated and always follow a script. They can be quite sophisticated so many people would assume they are chatting with an actual person when, in fact, they are chatting to a bot.

These chat bots are programmed to interact and simulate conversation, which may make them hard to detect if you are not careful or pay too much attention to their interactions: 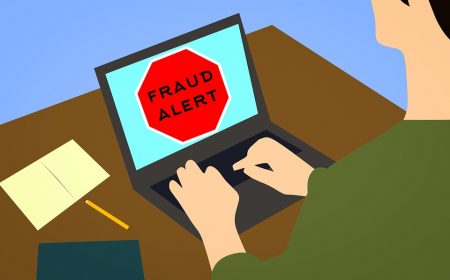 And this brings us to our next point that, sometimes, actual people are Kik scammers. You may wonder what kind of people could possibly sleep at time when they spend several hours a day trying to scam random people on line. If you find it hard to believe that there would be people like that in the world, it probably says a lot about you. When it comes to being on the Internet and using apps, being naïve unfortunately is not something you can afford.

Because these scammers are actual people, it may be a bit harder to identify them straight away. Despite that, most of what we said about the scammer bots would still apply to individual Kik scammers. After all, the intentions of every scammer are always ultimately the same: getting your money.

Scammers who are real people are located on distant countries more often than not but they would often speak English as their first English or, at least, have a very good command of the language.

How could you identify a scammer who is an actual person? Well, this can be hard but there are things you can do to ensure that you are safe. The best thing that you could do is to be extra careful when you are approached by someone you do not know IRL (in real life). Do not divulge any information about yourself to people you do not know who talk to you on Kik Messenger and never ever click on anything the send you know matter how attractive it may be. Some personal scammers will tell you pretty sad stories or will try to get your sympathy. Do not believe them if you are talking to someone you do not know in real life.

If you have the smallest suspicion that you may be chatting with a scammer, the best thing you could do is to run an Internet search. You could use the person’s user name and see what comes up. That would allow you to see if they also have a social media presence but is not an infallible method. Sometimes people use different user names for different sites and even if someone has a social media presence across different sites it does not necessarily mean that they are not a scammer. Again, trust your instincts and what you have learned about Kik scammer and if you have the smallest suspicion, you could just block the user in question. Running the risk is never worth it.

Of course, the best way to keep yourself safe from Kik scammers is to avoid talking to people you do not know on Kik Messenger. This may seem too radical if you use Kik Messenger to meet new people but is the only one hundred percent guaranteed way of keeping safe from scammers, whether they be bots or actual people.

People have been scammed for hundreds of year. Technology has only changed the ways in which scammers can target their victims. It is still possible to be scammed in person or over the phone; it unfortunately happens every day. With social media and instant messaging platforms like Kik Messenger, it has just become a little bit easier for scammers to do their evil deeds. It is amazing how trusting most people can be over the Internet when they chat to strangers.

One of the great things about Kik Messenger is that its users can meet new people virtually. There is absolutely nothing wrong with making new online friends but the only totally safe way of using Kik Messenger is to chat to people you know from real life. And, if you are going to chat to strangers, knowing that there are scammers out there and knowing how they generally operate, could save you from falling prey to them.