When it comes to instant messaging apps one thing is clear, different people have different priorities. What some may consider an essential feature may not be such a deal breaker for others. The truth of the matter is that there are many excellent messaging apps out there and that most of them share the basic features almost everybody with a smart phone has come to expect from instant messaging apps. What it comes down to them is not perhaps so much the features those chatting apps offer but other considerations such as cost, availability or easy of use. Some instant messaging apps are somehow linked to other well-known apps or sites, which may make them more popular among certain people. This may be case with the Facebook Messenger app. But is it better than Kik?

Of course, we do realize that personal preference is a huge factor for most people so we are not really trying to change anybody’s minds here. What we mean is that the instant messaging apps that we choose to use are often the same ones as people around us already use. So, if everyone on our family or group of friends use, say, the Facebook Messenger app, we would be more inclined to use it, too.

So, let’s just talk a little bit about groups of friends. 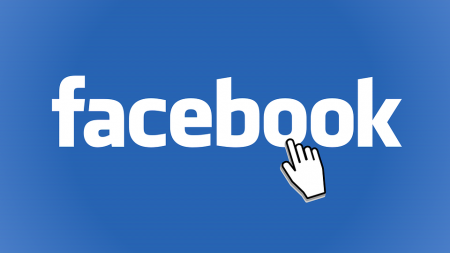 Who Uses Facebook Messenger Vs Who Uses Kik Messenger?

It is clear than literally millions of people around the world use either (or both) Facebook Messenger and Kik Messenger. It seems, however, that most users of Kik Messenger are teenagers (particularly in the United States), whereas Facebook has a wider reach among people of different ages.

Therefore, it is likely that you will find more relatives and older people on Facebook than on the Kik Messenger app. But that is not really what we are talking about here.

No, what we are talking about is that when you are considering if the Facebook Messenger app is better than Kik Messenger you also need to consider who uses each.

One important thing to think about is who you would like to chat to. Or, rather, what kind of people you wish to chat to. With Facebook Messenger you will only be able to people you have “friended” on Facebook, which depending on how many Facebook friends you have may be too limiting or, then again, it could be exactly what you want. With the Kik Messenger app, however, you will be able to chat to people you already know or meet new people and, potentially, make new friends.

The main way to connect to people you already now on Kik Messenger is to use the “address book matching” feature. If you turn on “address book matching” on your Kik settings, the app will automatically add your contacts to your Kik chat lists, as long as they also use the Kik Messenger app and also have the “address book matching” turned on. If what you want is to chat to new people, there are actually several ways in which to do this. You could, for example, search for random user names on the integrated search bar. But, also, you could head over to social media sites such as Twitter or Tumblr and look for other Kik users. One great way of doing this is by using hash tags. Many Kik users advertize their user names or Kik codes on social media to find new people to chat with. You could do that too!

But not only that, you would also need to consider how each other them deal with privacy. Now, we know that Facebook has privacy settings that you can change according to your needs and what you are comfortable with. And, it is also true that the Kik Messenger app goes to any sorts of lengths to protect their users privacy (this includes, for instance, proactively dealing and trying to stop spam bots from attacking genuine Kik users).

What we talk about privacy, we are talking about the personal information that each one of those instant messaging apps displays.

One of the amazing things about the Kik Messenger is that the app does not show any personal details of its users. Even though users are asked to provide an email address this is never shared with other users as it is only use for account activation / deactivation purposes, and as a means of communicating between Kik Interactive and its users (if ever necessary). Instead, users recognize each other by their unique user names chosen exclusively by them personally (there is no reason why your user name should reveal your real identity if you choose something obscure or totally random). It is true that Kik Messenger also asks its users to create a display name but, if you so choose, even your display name could be different from your real name. Regardless of what name you do choose, your display name can only be seen by the people you choose to chat to, anyway.

Now, if you use Facebook Messenger, you must have a Facebook profile first (more on that later). What this inevitably means is that you would have to go by your full real name so anybody you chat to would know your name and possibly many other personal details about you, as Facebook Messenger is connected to your Facebook profile. The good news is that you could always change your privacy settings so that only your Facebook friends are allowed to chat to you or, if you prefer, so that anyone on Facebook would be able to even without sending you a friend request first.

“Facebook was not originally created to be a company. It was built to accomplish a social mission- to make the world more open and connected.”- Mark Zuckerberg

In the introduction to this article we mentioned smart phones. And, while it is true that many people like to use instant messaging apps on their smart phones, many others would like the possibility of also being able to use them on other mobile devices and even on their computers.

Finally, some people look at the features on offer in order to decide which instant messaging app is for them.

Both the Facebook Messenger app and the Kik Messenger app have amazing features. Some of the features are the same or very similar. For example, you will be able to:

Also, both Facebook Messenger and Kik Messenger have bots that you can interact with.

There are of course also differences between both messengers. For example, Kik Messenger has an in built Internet web browser, meaning that you can browse online while you chat without having to leave the app. Also, Kik Messenger allows its users to send images that would self destroy after a limited amount of time. One of the advantages of Facebook is the “invisible” status, which allows users to be on the app without being seen or detected by other users. Also, one thing that Facebook Messenger has that Kik does not is a feature that allows users to send each other their exact location. This feature is great if after chatting for a while you decide to meet up in person or if you are organizing a meeting with more than one person. Both Kik and Facebook allow their users to chat to each other on a one-to-one basis or as part of a group.

So, when it comes to it both messengers are pretty awesome and share many great features. There are some key differences between them, many of which we have gone through in this article. In conclusion, we would not say that the Facebook Messenger is better than Kik but the opposite is not true either necessarily. It all depends on your needs and priorities. We just hope we have helped you to make up your mind about them.

If you have any questions or feedback, please leave us a message in the contents section below!