As technology has become increasingly more accessible to people in the United States and in many countries around the world, it seems that the language we use has become increasingly more specialized as well. This may have the unintended effect of leaving some people behind. In the case of the Kik Messenger app, it could be easy to get lost in the entire lingo that more seasoned users speak, particularly for people who are still fairly new to it.

If you are struggling to understand to understand some of your fellow Kik Messenger users or if you often come across Kik-related posts on social media that you cannot quite understand, you have come to the right place. In this article we will explain everything there is to know about Kik Messenger lingo.

This article we will be more than a list of the terms that are most frequently used on the Kik Messenger app or on conversations online elsewhere about it. Instead, what this article will do is to provide the context in which those terms and expressions are most likely to be used on Kik. As with all Internet slang, most of the terms and expressions we will go over in this article are also likely to be found elsewhere online.

Before we go into those expressions and the context for them, we should talk about what actually make them so hard to understand at least some times. This tends to be because one of two things: the expressions are either so obscure that only insight knowledge would allow you to understand them or they are actually used in everyday English but with a different nuance (or even with a completely different) meaning on Kik. 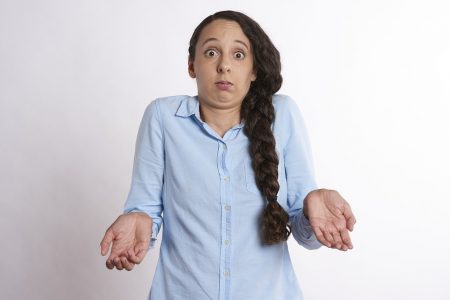 There are some expressions that are frequently used by Kik Messenger users that include the term Kik, one way or another. The reason for this is that the word “Kik”, which was totally meaningless before the launch of the Kik Messenger app. However, as time has gone on and Kik Messenger has established itself as one of the most popular instant messaging apps that millions of people use everyday, the term “kik” has acquired some meaning of its own.

In a way, what has happened with the term “kik” is not dissimilar to what has also happened with many other Internet neologisms. If you think about how most people now use “google” you will quickly see what we mean. Before Google became popularized as the main search engine in many countries around the world (certainly in the United States and the rest of the West), nobody used the word “google”. Soon enough that term became a verb that meant “to search something on the Internet” (whether or not you actually used Google). Now most people say things like “I am going to google this,” or “why don’t you google it and find out”. People also talked about the most googled terms, and things like that. Nobody questions it anymore and even those who do not necessarily use it would be most likely to know what it means.

So, the term “kik” has been through a similar evolution. The only difference is that, as popular as the Kik Messenger app is among millions of people around the world, its popularity cannot rival that of Google. This means that most Internet users are not that familiar with it; only Kik users use the term “kik” as a verb. So if you see a Kik user on social media (for example, on Twitter, Tumblr, or Instagram), saying things like “kikme”, you should now know that what they are doing is trying to find people to chat with on the instant messaging app.

In this sense, the word “kik” can be used (and, in fact, it is used) as shorthand for “chatting on the Kik Messenger app”. So if someone asks you to Kik them, they are asking you to talk to them on Kik. Once you know that you will understand most expressions with the term “kik”. There are others that are not that straightforward and may require a little bit of an explanation. Here are some of them:

– Kik chat: also known as a Kik conversation, a Kik chat is any interaction between two or more Kik Messenger users on Kik.

– Kik group chat: it is quite possible to chat with two people or more on the Kik Messenger app. Any Kik chats involving more than two users is known as a Kik group chat.

– Kik Party: in essence a Kik party is a Kik group chat, but one that has a specific theme and not just a Kik chat including more than two participants.

– Kik Video Chat: It has recently become possible for Kik users to chat on camera. This is what is know as a Kik video chat.

Kik and Other Useful Internet Slang

Now that we have gone through the main usages of the term “Kik” and the main expressions involving this term, it is time to go through some of the main words that people regularly use when exchanging instant text messages on the Kik Messenger app. It is important to become familiarized with these terms as they are also used across social media and on other instant messaging platforms such as WhatsApp, Facebook Messenger, Telegram, etc.

If you are new to the Kik Messenger app and sometimes feel like you cannot understand what other more experienced users are saying, we hope this article will have helped you. If you have any feedback or would like to add any terms or expressions we may have missed, be sure to leave us a message in the comments section below!