Kik has big plans! In an official blog post last November, Kik founder Ted Livingston said that he wants to rival WeChat in terms of the scope of its operation. I mean, the blog post itself is titled “The Race to Become the WeChat of the West.” Kik as the New WeChat

For those of you who are unfamiliar with WeChat, you may be inclined to think of it as just another messaging app. One of the hundreds that are out there. And from an American perspective, yes, that’s exactly what it is. But on a global scale, WeChat (alongside WhatsApp) is one of the largest standalone mobile apps out there. And in China, WeChat isn’t just a messenger.

Using WeChat, you can:

These aren’t just things you can do through a browser that happens to be bundled in the app — these are part and parcel of the app itself. 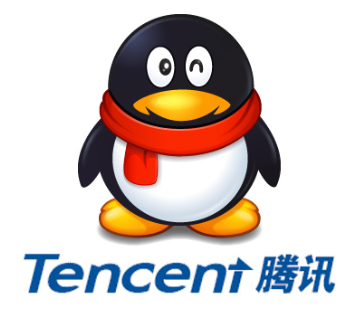 So what I’m asking for the rest of this article is, what has to happen in order for this to be possible? Is it possible, that we can have such a singular, Swiss Army Knife style app that does everything we need?

(Note that unless otherwise specified, “we” in this article means “in the US.” But given general trends in Western marketing, I believe a lot of these trends are still applicable. If you’d like to way in on my observations with observations from your own countries, feel free to do so down in the comments.)

I’m going to come right out and say that I am not an economist, nor am I a political scientist. I try to be somewhat informed in both fields, but I make no claim at expertise. I am, shall we say, an interested amateur. But I have to say I have some serious reservations about Kik (or any Western app) reaching the level of utility that Livingston notes in his Kik blog post.

The language in the blog post suggests that Livingston hopes to achieve his grand utility dreams through a series of advantageous branding, aggressive market strategies, and technological acquisitions. These are, of course, some of the major tools in the Capitalist toolbox. But our political and economic setup is completely different from what persists in China.

While China is, in theory, a Communist state, more and more it seems their economy is approaching state-sanctioned capitalism. It’s really the only way you can have billionaires in a “Communist” country. This means state-backed monopolies. The monopoly is anathema to the theory of free markets (if your product can only exist in the absence of competition, you have an inferior product). However, it is the only way to achieve the sort of thing Livingston sees in the Chinese version of WeChat.

Well, let’s look at hailing a cab as an indicative example, but it reveals a lot of the problems with they premise as a whole. Are you going to go with Yellow Taxi? But what if it’s not in your area? I mean, it’s one thing if you have a national brand that is equally accessible in all parts of the nation, but that’s not what we have here. Some taxi companies are going to be royally miffed to be left out of the loop. And some consumers prefer certain brands, which means an exclusive deal would alienate users.

What could happen would be if, say, Kik were to buy Uber (which might require buying PayPal as well — I’m not sure). Let’s say they do that, they bundle the service, and it takes off like wildfire. Well, now what about the traditional taxi services? Or what about Lyft? Or what about whatever new startups are coming around the corner? If the model succeeds, it won’t be just Kik doing it — several messaging clients will merge with or buy other ride sharing services. Or payment services (think of Snapchat partnering with Square to make Snapcash).

And as more and more competitors bundle more and more services, this puts the consumer increasingly in the situation in which they don’t have complete choice over how they spend their money. Oh, you’re on Snapchat? That means you’re also using Lyft/Square/Chase/Pepsi/Pizza Hut. If you get on Kik, you can use Uber/PayPal/Wells Fargo/Coke/Taco Bell. Oh, and if you stick with Facebook messenger, you can use YellowCab/Venmo/Wachovia/Moxie/Raising Cane’s.

It’s all the frustration of having to belong to a half-dozen streaming services just to see your favorite shows, but now it’s in every aspect of your life. Because we live in a system that (rightly, I think) favors competition and choice.

There’s more to say, but I think that’s enough to get the conversation started. What do you guys think? Remember, I’m not an expert — I’m just putting forth some ideas here for discussion. Am I way off? Do you think it’s likely that Kik (or any service) can approach the all-encompassing utility of Eastern apps? Please weigh in in the comments.