We all have our favorite smartphones and our favorite operating systems. Some folks are die hard android fans while others are die hard iOS fans. What some of y’all may not know is that there is a third option, the Windows phone which runs a Microsoft operating system. Kik has been available on Windows phone now, but has experienced some troubles, and has now been officially pulled from the Microsoft store. So what does that mean for you?

And that’s when it’s over. As soon as you start thinking about the beginning, it’s the end. – Junot Diaz

What it means for Windows Phone users

Let’s be realistic; there are not many Windows phone users out there. When you think about smartphones what comes to mind is either Android or Apple. Even a higher up in Microsoft admitted in a series of tweets that Microsoft will no longer add new features to the Windows phone. They will do bug fixes and service to it, but don’t expect to see any new features. Because of that, companies aren’t going to spend their money working on apps for a dead phone. So, many companies will either pull their app from the Microsoft store, or they will no longer update and work on bug fixes. From a business standpoint it really is the only option to not lose money on a dead system, but it can be frustrating for users who love their phone.

In the grand scheme of things, expect more companies to pull their apps from the Microsoft store. That might include Facebook, Twitter, Instagram, Youtube, and officially Kik. Now it is hard to say when these apps will be removed from the app store. Some companies may service those apps for quite some time, while others pull sooner rather than later. Unfortunately, Kik has already pulled the Kik app from the Windows phone app store. You might still have the actual app on your phone still, but it will no longer receive any updates. The app will work the same on your phone, but if you uninstall it from your phone you will not have a way to get it back; Kik pulled the app not only from the app store, but the link from their website as well. 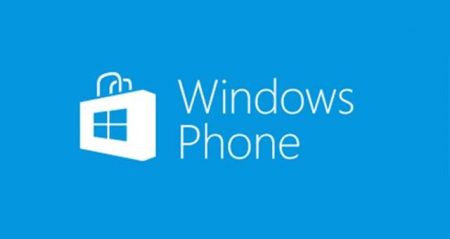 With Kik gone from the app store it really is a matter of time until more apps are pulled because companies don’t want to spend any money on a dead platform. So that leaves you with various options:

There are a lot of options in the Windows app store that you can choose a different messenger that will work for you and your needs. But ultimately the Windows phone will come to an end sooner rather than later. Because of that, your best option is to switch to a different platform when you are able to.

What devices have Kik?

If you aren’t able to get a new phone yet want to use Kik, you have a couple options.

Option 1: Get Kik on a tablet

If you have a tablet, whether it is Android, apple, or even a Kindle Fire, then you can get Kik. The app will be just the same as it is on your phone, and all you need to do is log onto your Kik account and you’re ready to get chattin’. Depending on the tablet you have, you can either use WiFi or data, just like you do on your phone. The apps are all free, and if you have an Android or Apple tablet then you know for sure that Kik will keep the app as up to date as possible.

Option 2: Get Kik on your computer

We have covered how to get Kik onto your computer before, so I will touch base on it very quickly. You can get an Android emulator on your computer (I am personally a fan of BlueStacks) that will allow you to run and use any Android app from the Google Play store. Basically the emulator tricks the app store into thinking that your device is an Android device, and that allows you to get any game or app you want directly on your PC.

You can do a Google search for “Android emulator” and can choose from the many results that pop up. Like I said above, BlueStacks is my personal favorite because it is very easy to use and it is free. Some other emulators do cost money, so make sure you look into which one will work best for you.

With an Android emulator you can get much more than just Kik. You can finally play all your favorite games and use all your favorite apps from the comfort of your own computer. We highly recommend getting an emulator because it opens up new possibilities for your computer, and it is very easy to use.

Call me absurd, but if you run out of options to have Kik, just text your friends from your built in SMS app. While Kik is great to have and use, with it being gone from the Windows Phone app store you may not have many other options than to simply text your friends. With Kik gone that means you might experience multiple bugs and sluggishness from the Kik app, so you might be low on options until you can get yourself another phone.

While Kik isn’t the reason you would get an Android or Apple device, it can help influence that change. Ultimately the Windows Phones will be dead soon, Microsoft itself has said that the Windows Phone is dead, so you really don’t have too many options except, at some point, to get yourself a phone that is supported and won’t go away anytime soon.