Do you remember when they saw an emoticon that they didn’t recognize or didn’t know what it was supposed to mean. Communication changes drastically and in quick order.

This day and age there are symbols for pretty much everything mobile, from emoticons to emoji and it can be difficult to navigate the meaning of all of them. That’s where I hope this article will help shed some light, primarily on Kik symbols and their meaning so you won’t be in doubt if you see the Kik S, D, or R symbol or other variations.

If you’re unfamiliar with Kik Messenger, it’s an app that allows you to send text messages, pictures, video and more to anyone around the world who has the same app on their smartphone. Currently, the app is available for iPhone, Android, and Windows Phones.

I’d rather check my Facebook than face my checkbook.- Anonymous

Kik symbols meaning varies depending on which device you’re on, whether someone has read your message, whether they have the app open or not, etc. It gets complicated and isn’t always intuitive if you don’t know previously about it. I’ll walk you through all of the symbols and answer some FAQs that are commonly asked.

Now, let’s get into some of those symbols that you’ve been wondering about. The most commonly used and asked about ones are S, D, and R. 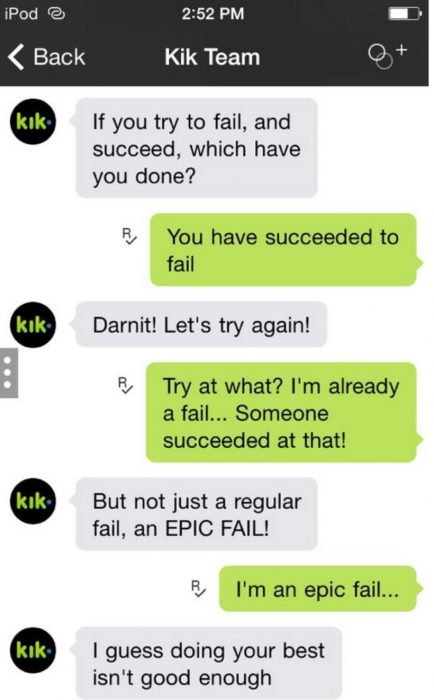 There are some other symbols that will give you more information about the app and whether your friend has seen the message. Let us know if you have other questions below or if you see other symbols and don’t know what they mean. It would be great if you could share other tips if you know of any. Also, keep in mind, Kik changes their app regularly so you may find that the symbols change or their meaning changes with updates. Hope this has been helpful and answered some of your questions!