Kik Messenger offers its millions of users around the world a lot of different amazing features. Apart from giving its users the ability to chat with one another for free from their own smart phones or mobile devices, Kik Messenger also has a feature that lets users send and receive video files.

Kik videos are a great way to communicate. You can get really create with Kik video and impress or surprise your Kik friends with video. Sometimes it is much better to show something than to describe it. So, why not make a video of it and send it to your friends? Sometimes you will not even need to make a video. You could use an existing video that you have saved from the Internet and share it with your Kik friends.

In this article we will explain the benefits attached to the ability of sending video files on Kik Messenger and the steps you will need to follow in order to send out video to your friends over Kik.

The say an image is worth a thousand words. Sometimes a video or a picture can express so much more than words. Or, they can simply express what you want to say much better than words ever would.

Without getting too philosophical and highfalutin about it, there are clear advantages to the possibility of using Kik Messenger to send video files. For one, you can share clips from TV or viral videos that are always such great icebreakers. You could also record your own videos and share them with your Kik friends. The content of such videos should be in accordance with the nature of relationship between you and your friends, and your respective ages.

Your video files can be sent as a standalone messages or accompanied by a text messages. Sometimes including a text message is necessary in order to avoid any unnecessary misunderstandings. 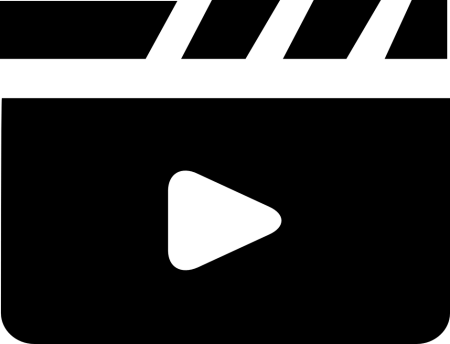 How Do You Use Kik Video?

The first thing to say about sending video over Kik Messenger is that it will work differently depending on the kind of smart phone or mobile device that you use for Kik.

Like everything else, sending video files on Kik Messenger is an extremely simple process. All you will need to do is to follow these easy steps:

As you can see, sending a video file on Kik Messenger is extremely easy. Even making your own video and then sending it could not be a simpler thing to do. Making the video while on Kik Messenger and sending it out straight away is by far the quickest option but you can always use your smart phone or mobile device to make a video ahead of time, save it, and then share it on Kik Messenger when the time comes. But, if you are a bit more spontaneous than that, you can always just make a video as you are chatting and send it your Kik friend or group in a matter or just seconds.

“The rise of Google, the rise of Facebook, the rise of Apple, I think are proof that there is a place for computer science as something that solves problems that people face every day.”- Eric Schmidt

If you are lucky enough to have an iOS device (an iPod or an iPhone), you will be able to also include a text message to your videos. As long as you have the latest version of the Kik Messenger app downloaded on your iOS smart phone or mobile device, all you will need to do to add a text message is to follow this simple steps:

If you are sending any video that you had previously recorded, you may need to trim it as shown earlier. You can easily preview the edited videos that you have trimmed out. To do so, just head over to your gallery and find the video you would like to preview. Go to the edit video screen and then just press on the video and hold down before you press the play button. If you are not happy with the video you can always edit it again.

As soon as you are done editing a video on Kik Messenger, the video will play automatically allowing you to preview it before you send it or hare it with your Kik friends.

If you hate the video you have taken, you can just dismiss it and start over as many times as you will need until you are totally happy with the results. Whenever you want to dismiss a video and start over, all you will need to do is to tap on the back icon located in the bottom left corner of your screen.

To view all your videos and pictures, you can open your gallery and then maximize the gallery tray is necessary simply by tapping on the icon located in the top right corner of your screen.

Video and picture albums have name. Often, of you have not manually changed the name of your albums; they will simply display the name “recent”. To select different albums, you will just need to tap on the drop-down arrow until you find the correct album.

Kik Messenger features are amazing and one of the best ones is, without a doubt, Kik video. Although, depending on what smart phone or mobile device you have, you may or may not be able to send video (most mobile devices compatible with Kik Messenger allow this except for older Android ones), all smart phones and mobile devices allow Kik users to receive video. You can spice up your instant messaging by including video messages. It is one of the advantages of using a service such as Kik Messenger, that you can do this so easily.