Some of the most popular instant messaging apps around now are Kik, WhatsApp, and WeChat. There are many similarities and differences between the three awesome apps.

Here, I will outline some of the major comparisons between them so that you can decide for yourself which is the best messaging app for you and your needs.

I have lots of brothers and sisters, two of whom are younger than myself, so I rely on my phone, text messaging or e-mailing to stay in the loop and communicate when I’m away for big chunks of time.- Devon Aoki

Kik is a fantastic messaging app that was released in 2009 and has stayed true to its messaging priorities. They currently tout their horn as the first of its kind to have a built-in browser which is actually a really cool and unique addition to the messaging app world. More on that later.

If you’re looking for a highly efficient messaging with a nice and easy user interface, then Kik is for you.

WhatsApp is a super popular messaging app that boats over 250 million users. Recently, it was acquired by social networking behemoth Facebook much to the disdain of many people around the world. However, WhatsApp still has a lot going for it. 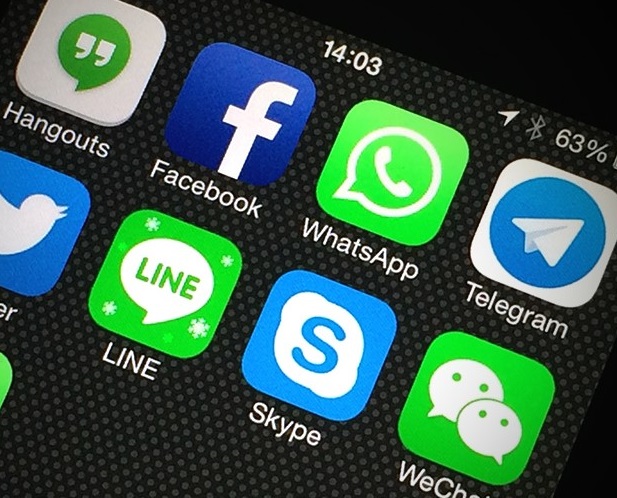 WeChat is constantly mentioned as the world’s largest messaging app. Based in China, WeChat has nearly 500 million users worldwide who love its service. It does pretty much the same thing as most other messaging apps. It’s a big presence internationally and allows you to also chat online without limitation.

Which is the cheapest option?

WeChat and Kik are free across the board to use. WhatsApp is also free, but only for the first year. If you want to keep using WhatsApp after that, you have to pay 99 cents a year for the service. That is because it uses your phone number and your friends numbers in various countries to add them to WhatsApp, and that costs money to do.

Which one works on my type of phone?

However, older versions are available on other devices like Blackberry. That means that if you’re excited about the new iPhone 6, you’ll be in luck with any of these great apps.

Which one works on my PC or Mac?

WeChat is the only one that has an official online, PC, or Mac version. WeChat for Mac is an excellent and really smooth resource if you want to use WeChat while away from your phone. However, if you would like to use Kik for PC or Mac, or WhatsApp for PC, then there is a great way. You would just need to download and install and Android emulator to your computer (which is totally legal) and run the app that way. It works great. Read our article about what Android emulators are and how to use them.

Which one works on my tablet or iPad? Well, unfortunately there is no tablet version of any of the three apps. However, there is a WeChat version for iPad. WhatsApp was created for phones because it uses phone numbers. Kik has hinted at releasing a tablet version soon.

You can easily share media on all three apps. Kik even has a built-in browser which allows you to search the web for media content and share it with your friends without leaving the app!

What is the best Messenger app?

That’s up to you and what your needs are. Each of them is great and has its strengths. WhatsApp is best for communicating with your friends as a SMS replacement. WeChat seems to be top dog in free international communication and for its ease of use with a computer. Kik seems to be the most fun and easy to use as a traditional messaging app and still protect your private information like phone numbers. So, ultimately, it’s up to you and what you really want to use it for.

If you have any more tips or questions about these and other messaging apps, like Facebook Messenger, Skype, Google Plus Hangouts, Line, etc, let us know!