Most people have at least heard of the widely popular cryptocurrency Bitcoin. What you may not know, or have heard of, is Kik’s very own cryptocurrency, called Kin. Just what exactly is cryptocurrency, and what does it mean for Kik users? Check out this guide to learn all about it.

Cryptocurrency currencies take the concept of money, and they take it native into computers, where everything is settled with computers and doesn’t require external institutions or trusted third parties to validate things. – Naval Ravikant

The first cryptocurrency to get the public’s attention was Bitcoin back in 2009. Bitcoin was launched in 2009 by an anonymous person under the fake name Satoshi Nakamoto. Bitcoin is based strictly on peer to peer transactions with no mediator, which eliminates any fees that you would have to pay to a bank like you would with cash. Bitcoin records its transactions on a ledger called blockchain.

Blockchain has recorded and saved every single transaction used with Bitcoin and has next to no threat of being hacked or tampered with. blockchain has actually gotten the attention of governing states who are looking at using a similar system to be able to do online voting since it is so secure. With that being said, cryptocurrency can be hacked still, including even Bitcoin. Over the course of Bitcoin’s lifetime, it has been hacked over 40 times with over $1,000,000 stolen. Another issue is that cryptocurrency is very much a supply and demand “product”, meaning that the market value can vary greatly.

But the other positives with cryptocurrency really seem to outweigh the negatives, making the concept very alluring and exciting.

What can you do with cryptocurrency?

There are actually a few things you can do with cryptocurrency, including:

With the rise of cryptocurrency, you can expect to see many more uses for it in the near future.

Here are a few of the many companies that actually accept Bitcoin as payment:

There are many more companies that accept Bitcoin and cryptocurrency, but these are some of our favorites.

Now we are going to cover some popular cryptocurrencies, one of which actually apply to Kik’s cryptocurrency: 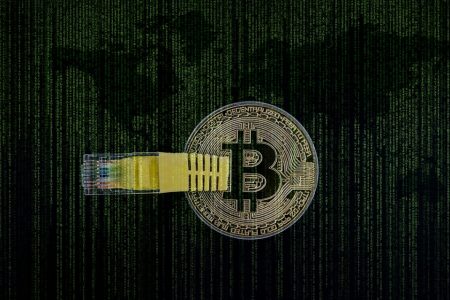 In September of 2017 Kik launched its own cryptocurrency called Kin to a small group of Kin testers (about 10,000 Kik users who have experience with cryptocurrency). The sales of the Kin cryptocurrency will go towards creating the “Kin ecosystem” which offers products and services which has captured the attention of many investors. Originally Kin was based on the Ethereum cryptocurrency platform because the blockchain that Ethereum uses was very impressive. Now, things have somewhat changed in regards to that.

Basically, Kin will be a massive part of the Kik app where users can purchase products and services directly through the Kik app. You can either buy Kik tokens, or you can get daily rewards where you are given tokens. With those tokens, you can buy things to help communicate with your friends.

If you are anything like me, this new cryptocurrency system is somewhat confusing. And by somewhat I mean very confusing. What is great, though, is that Kik knows many of its users probably have never used cryptocurrency. So, a lot of what they are doing with Kin is going to be geared towards teaching its users all about cryptocurrency. When Kin officially launches Kik bots will help users learn about Kin and help everyone understand it. We are very interested in seeing how Kik handles everything when Kin is finally introduced into Kik for all users.

Is it a good idea?

In short, Kin is a very good idea. Kik is a platform used by millions of people, primarily teenagers. Because Kik has millions of users, introducing a cryptocurrency into the app itself will interest a massive chunk of those users. Investors have already invested a huge chunk of money into Kin because of that very idea, which means that the more money Kin has to work with the better it will be. Hopefully.

What can we spend Kin on?

So far those select users who have been given access to Kin can purchase sticker sets and packs. Now, that will be expanded and improved upon to include different things. What we hope to see with Kin is the purchase of Kik bots, themes, and even some sort of crowdfunding idea.

Leaving Ethereum and what it means for Kin

When Kin was first thought about it was placed on the Ethereum platform, but within a few months, Kik decided to go with Stellar. The reason is really simple: Ethereum’s wait times to approve a transaction could take over 30 minutes. If I buy something in an app and it takes that long, then I know I’ll be pretty pissed that I had to wait that long to use whatever I just bought. With Stellar, the approval times are at most seconds, which makes the entire process faster and easier to use. Other than that, there aren’t many problems that will arise for Kik users since the majority of users haven’t even used Kin yet.

When to expect Kin

To be honest, we don’t quite know an expected arrival date for Kin to all users. Kin is doing well with the testers so far, but there are still bugs and things Kik needs to address before Kin can be released on a global level. We estimate that Kin will become available in early 2018, so within the next couple months. We certainly look forward to playing with Kin when it comes out, and we predict it will be a big game changer for Kik.